Hello friends and supporters of OTM!  Thought I'd take the time to update you all on what's been going on since our last post.

November brought us the opportunity again to participate with our local CMA Chapter in the Veterans' Day Parade.  Those of you who know us, know how much we love our Veterans!  We always pay tribute to Veterans when Mrs. Hollywood and I conduct opening ceremonies for airshows.  We realize that the freedoms we have in this country have been fought for and are cared for by the greatest Military in the world!  Thank you Army, Navy, Air Force, Marines, Coast Guard, Reserves and National Guard!!!

The Parade was enjoyable and we were able to shake hands with and personally thank many who have served our great nation.

New Year's Day brought the annual Polar Biker Ride.  I was pleased to wake up to 47 degrees!  That ended up being the high temp for the day.  Temps fell throughout the day.  However, Mrs. Hollywood and I have plenty of warm riding gear! 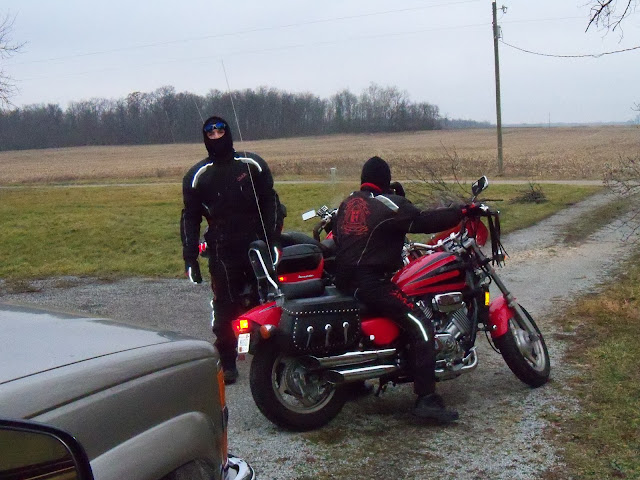 There was a threat of rain but we remained dry all the way to the staging location (one of the local Harley dealers).  However; once we got there, the rain came down steadily!  Apparently, Mrs. Hollywood needs a new battery for her Magna as I had to push start her bike each time.  As a side note, this can bring a little bit of stress to an otherwise blissful marriage. 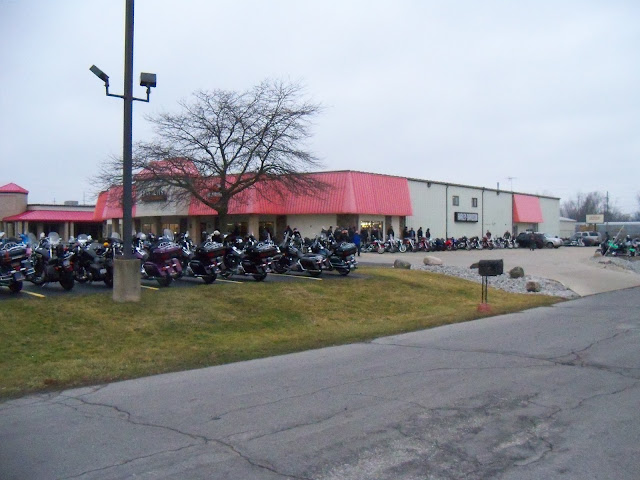 One of the fun things about this event is that we get to see friends that we haven't seen in 2 or 3 months.  We often see people we have prayed with and for or conducted services for their event.  It is great to see these folks and shake their hand or give them a hug and wish them a Happy New Year!
So, it was in a steady rain that I once again push started the Magna as the group of bikes left on the Parade.  We followed at the tail end of the Parade.  About 3 miles into the approximately 20 mile escorted ride, the rain stopped (whew!).

Upon return to the dealership we were fed a great chili lunch.  That hot chili sure hits the spot after a cool ride! As we were walking in we thanked several of the police officers that had escorted our ride.  We ended up sitting down to the chili lunch with a couple of them.  One of them, Officer Jim, had met Mrs. Hollywood at the Veteran's Day Parade.  We had a nice time getting to know Jim.  He is a wonderful servant in the community.  He is a fellow adrenaline junkie and most importantly he is our brother in Christ!

After lunch we bid farewell to our friends and wished them a Happy New Year and told them we looked forwarded to riding with them again soon.  We remained dry and even saw some sunshine on our ride home!  It was a great way to start the New Year!